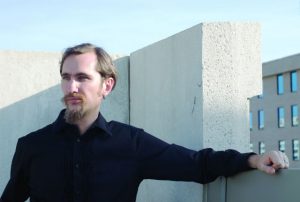 Eliot Bates (they/them) is an ethnomusicologist and recording engineer with a special interest in the social studies of technology. Eliot’s research examines recording production and the social lives of musical instruments and studio recording technologies.

When time permits, Eliot might be found performing or recording music on 11-stringed oud, on modular synthesizers, on a Korg Mono/Poly, or sounding nearly every object in the kitchen.